Museo Revoltella
Important modern art gallery that developed from an institution founded in 1872 by Baron Pasquale Revoltella (1795-1869), who bequeathed his palace and art collection to the city of Trieste, he also gave the museum a substantial income that allowed it to add to this heritage year by year and rapidly amass a considerable art collection, with painters such as Hayez, Morelli, Favretto, Nono, Palizzi and Previati, De Nittis, Casorati, Sironi, Carrà, Mattes, Bolaffio, Morandi, De Chirico, Manzù, Marini, Fontana and Burri.
via Diaz 27 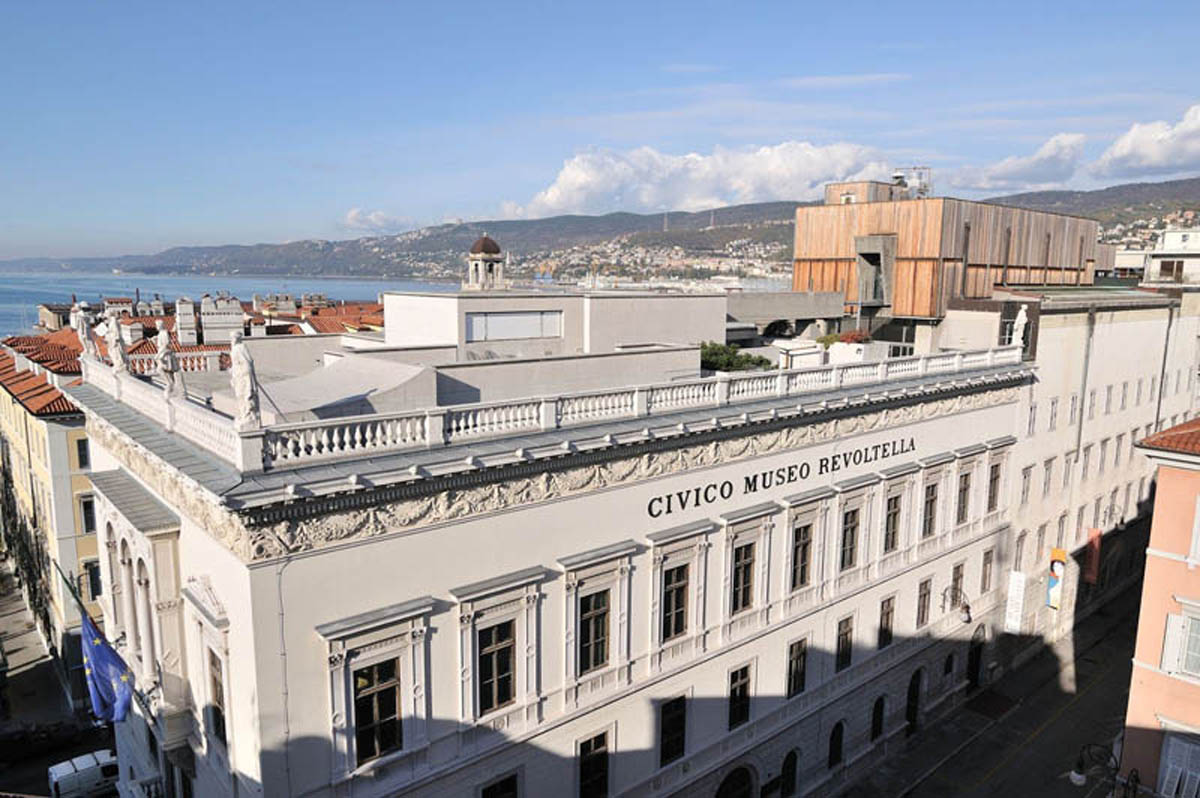 FRI
10 JULY
Digital Event Prose, happening, relationships, monologues
A Coffee with the Baron Museo Revoltella
> Watch it here! The event that allows you to visit the splendid rooms of the nineteenth-century wing of the Museo Revoltella is back, with the Baron himself joining you as you discover the light and shade of his life. The text, in the form of a dialogue between Pasquale Revoltella and his friend Pietro, traces the extraordinary story of a man of humble origins who became one of the most eminent personalities of Habsburg Trieste.
Text by Fabio Amodeo, Ivan Zerbinati, Lorenzo Acquaviva and Davide Del Degan; directed by Davide del Degan. With Lorenzo Acquaviva and Ivan Zerbinati. Produced by Associazione Culturale Vitamina T in conjunction with the Civico Museo Revoltella.
Without an audience.
Event : Digital Event

TUE
4 AUGUST
Digital Event Music
Da Vienna a Broadway Museo Revoltella
An evening of operetta and musicals: the most beautiful arias and the most famous duets from the public’s favourite operettas and musicals. With Stefania Seculin, Ilaria Zanetti, Mathia Neglia and Corrado Gulin on piano.
Presented by Associazione Internazionale dell’Operetta FVG with the aid of the Autonomous Region of Friuli Venezia Giulia.
Without an audience.
Event : Digital Event